Listen to my work

I was born in Cleveland, Ohio at a time when the Indians were one of the top teams in baseball, a few years after Jordan hit the infamous shot over Craig Ehlo and in a year that Bill Belichick led the Browns to a Wild Card playoff victory over the New England Patriots. 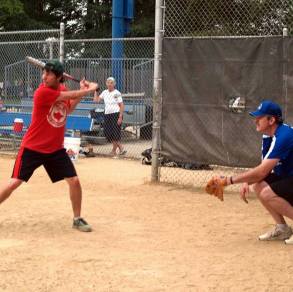 I grew up praying for the Browns to go .500, calling a kid from Akron “The King” and waiting for next year for the Indians to win the World Series. I attended “The Home of Champions” on Cleveland’s East side where I watched that kid from Akron “take his talents to South Beach.”

At Benedictine, I was a letterman athlete in both track and cross country.  I was a part of two district championship track teams and a regional qualifying cross country team. There I made my decision to attend E.W Scripps School of Journalism at Ohio University.

The summer after my senior year, I was fortunate enough to intern with Munch on his show Munch in the Morning on WKNR, ESPN Cleveland Radio. 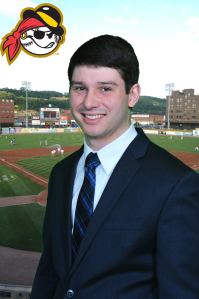 At Ohio, I anchored and produced Ohio Sports Zone, called play-by-play for two seasons for the Southern Ohio Copperheads, was a radio personality on Power 105 and 970 WATH, guided prospective students on tours through campus and was a student speaker for Undergraduate Admissions.

After graduating, I was able to see one of my dreams come true, as a Cleveland major league sports team won a title and ended a 52-year curse. Shortly after that, I was hired by the West Virginia Power as a Video Production Intern. After completing a season in that role, I spent the Summer of 2018 working as a broadcaster in baseball. After a season as a Broadcast and Media Relations Assistant with the Power, I stayed in the South Atlantic League and took over as the Director of Broadcasting and Media Relations for the Hagerstown Suns for the 2019 season.

Every day I strive to further my knowledge and skill sets within the industry and further my dream of broadcasting in baseball.